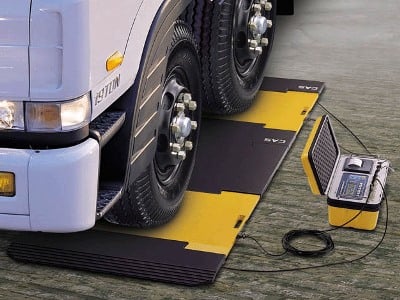 In Armenia, companies and legal entities involved in the transportation of goods will have to pay a fine for each ton of excess weight if the vehicles in their possession are overloaded. Armen Danielyan, the acting head of the Office for the Coordination of Inspection Authorities of the Prime Minister’s Office, said at the meeting of the parliamentary standing committee on economic issues in the National Assembly during the discussion of the bill on amendments to the Code of Administrative Offences on Wednesday.

The fine, he said, will be imposed only in certain cases. For example, if the trucks appear on the roads or highways of national importance. However, Danielyan hastened to clarify: Such a penalty mechanism already exists and is successfully used in the republic. However, the above-mentioned fine is imposed without taking into account the overload of a particular vehicle. That is, the weight on the part of inspection officials is not taken into account, and the offender may subsequently significantly exceed the limit specified by the current legislation, paying only a one-time fine.

Now it is proposed to impose a fine for every extra ton of cargo. At that, the fine will be huge. “It will be 200 thousand drams for each ton,” the official said, adding that at the moment the amount is paid without taking into account the level of violation.

The stricter legislation, Danielyan assured, will help maintain the quality of the asphalt surface of the republic’s roads at the proper level, ridding them of accelerated wear and tear. The large weight of bulky vehicles, and even loaded with various kinds of products, significantly accelerates this process, which leads to additional costs from the state. After all, the proper maintenance of highways requires an impressive amount of money.

After a relatively short discussion, the legislative initiative received a positive conclusion of the parliamentary commission.