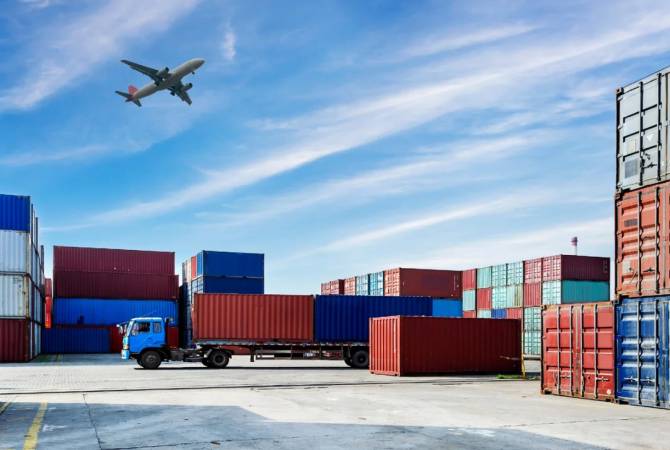 Despite the negative impact of external factors, the trade turnover between the countries of the Eurasian Economic Union is growing dynamically, ARMENPRESS reports Ambassador of the Republic of Kazakhstan to Armenia Bolat Imanbayev said at a round table on “Opportunities for EEU Development: Prospects after the Declaration of an Economic War against Russia by Collective West.”

According to the Ambassador of Kazakhstan, the mutually beneficial decisions are in line with the spirit of the EEU, which in the short period of its existence has shown a significant increase in mutual trade between the member states.

The Ambassador of the country, which chaired the EEU bodies last year, noted with satisfaction the dynamics of trade turnover growth in the union in 2021.

“Despite external factors and the quarantine restrictions, the volume of Kazakhstan’s trade with the EEU member states increased by 28% amounting to $ 26.1 billion. At the same time, the Kazakhstan-Armenia bilateral trade turnover has increased by more than 30% in the mentioned period, “the Kazakh Ambassador said.

The Ambassadors of Kazakhstan and Russia emphasized the need for the EEU countries to overcome the new and difficult challenges through joint efforts.

Prior to Bolat Imanbayev’s speech, Russia’s Ambassador Extraordinary and Plenipotentiary to Armenia Sergey Kopirkin said in his speech that Russia understands very well that the sanctions imposed on it will have a serious impact on its Eurasian allies, and the policy of isolating Russia will be carried out also against the other EEU member states. But Moscow expects that the common interests of Eurasian partners, their economic interdependence, will dictate the understanding that it is necessary to stand together and develop together.