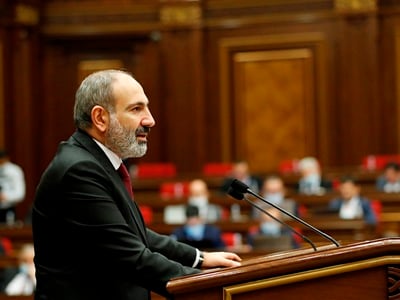 In 2022 the trade turnover was impressive, said Armenian Prime Minister Nikol Pashinyan in Parliament on Wednesday.

He explained that when Georgia’s prime minister visited Armenia in 2019, the goal was to bring the trade turnover to $1 billion, and today the sides have approached or surpassed that figure.

According to the PM, more electricity was exported to Georgia last year than in the previous 10 years combined.

Pashinyan added that the high growth has its own problems, as the pace must be maintained, otherwise there will be a regression. “There are political, economic and warm human relations between Armenia and Georgia. We need to make these relations institutional. The fact that Armenian citizens can cross the border of Georgia with ID cards is an economic, political and cultural factor. It will contribute to the development of relations,” he added.

He called the most important indicator of the Armenian-Georgian relations the fact that since last year, the intergovernmental commission of economic cooperation is headed by the Prime Ministers of the two countries.

“We are discussing the issue of expanding and improving the quality of teaching the Georgian language in Armenia and the Armenian language in Georgia,” Nikol Pashinyan added.

He also announced plans to discuss the issue of mutual recognition of work record.