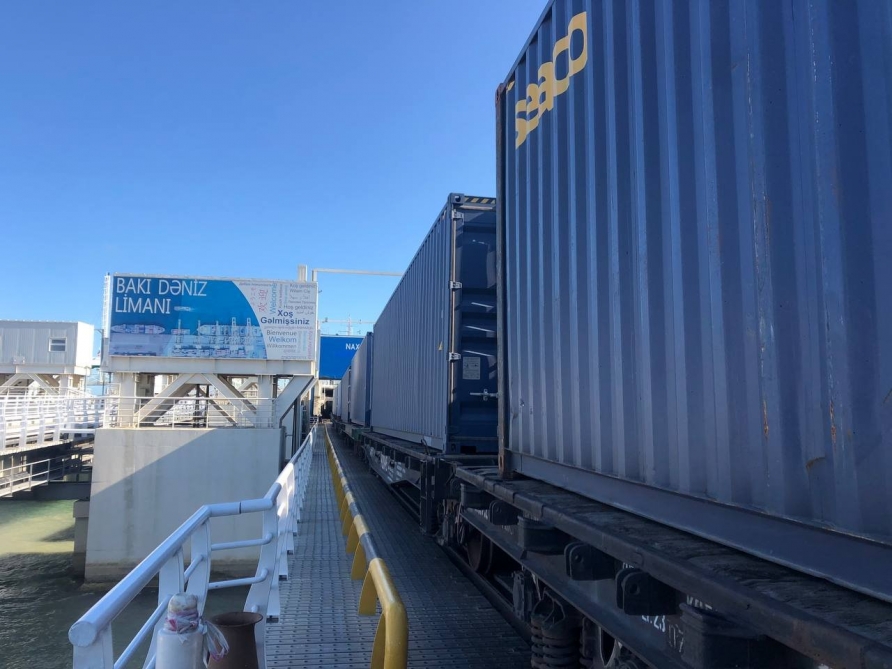 The first block of freight from China’s Tuanjiecun railway station to Finland has arrived in the Port of Baku.

The first part of a block train consisting of 54 containers transported by the ferries “Aghdam” and “Nakhchivan” from the Port of Kuryk in Kazakhstan within the Trans-Caspian International Transport Route was delivered to the Port of Baku. The operation of unloading cargo at the ferry terminal was carried out operatively in 1 hour and 45 minutes. The operation to unload the ferry will be carried out operatively after the completion of documentation work on the Nakhchivan ferry near the port.

The bulk of the cargo belonging to the Finnish company Nurminen Logistics consists of spare car parts, plastic products, textile equipment and other such non-food products. In cargo form, the cargo will be transported on platforms to the Georgian Port of Poti and will be shipped by ferry across the Black Sea to Europe, to the Romanian Port of Constanta. The block train will then be delivered to Finland, the final destination.

It should be noted that some time ago, the management of Nurminen Logistics visited the Port of Baku, and after getting acquainted with the technical possibilities, decided to transport the block train on this route.