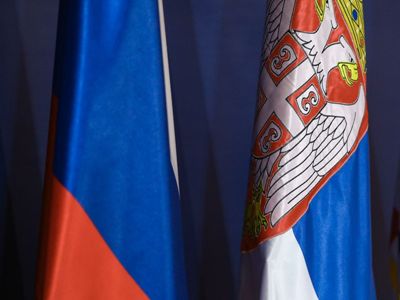 The goods from Serbia to Russia continue to flow despite a decrease in total exports amid difficulties caused by Western sanctions, Bojan Stanic, assistant director of the Serbian Chamber of Commerce, told Sputnik, the latter reported.

“Despite the existing difficulties, the delivery of products to Russia and payments are functioning. Many companies with predominant EU capital have reduced or temporarily suspended exports to Russia, but so far there are no signals that any company has decided to deinvest, that is, withdraw capital from Serbia,” Stanic said.

The Serbian Chamber of Commerce, registered $923 million of total exports to Russia in 2021, which is 5% more than in the year before. In January 2022, Serbian exports to Russia amounted to $77.9 million, which is a 22% increase year-on-year as the trade in 2021 was negatively effected by the COVID-19 pandemic.

Currently, exports to Russia are reduced as a significant number of suppliers has decreased production for the Russian market.

“This is influenced by a large political uncertainty about how goods that are delivered to Russia through the EU countries will be received and allowed to pass at border crossings. Transport costs have also increased, routes have become longer, there are problems with cargo insurance, and payments slowed down,” Stanic said, adding that these issues may halt some Serbian exports to Russia.