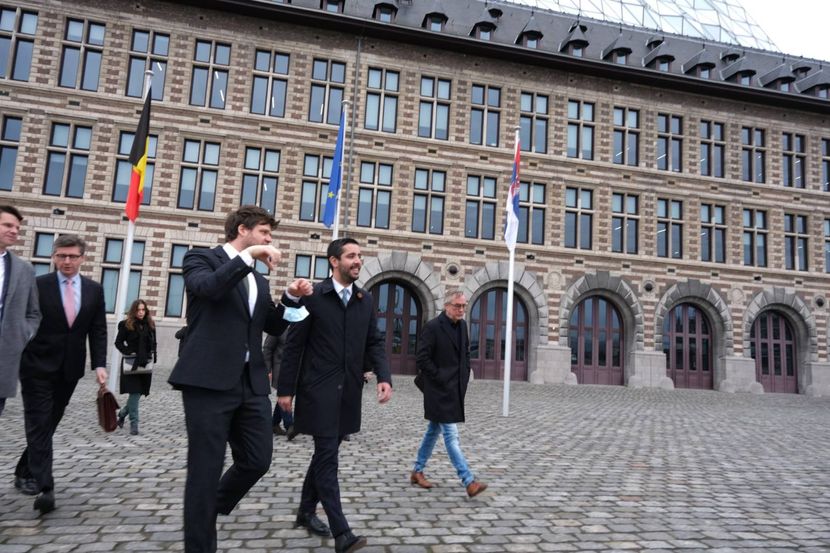 The final solution for the new location of the Port of Belgrade is currently being considered, with works expected to begin in late 2023

At the invitation of the Port of Antwerp, Serbian Minister of Construction Tomislav Momirovic visited that port, the largest in Europe.

The port employs 150,000 people and is considered the “engine of economic development” not only in Belgium, but in the entire EU. During the visit, Momirovic had a chance to learn about the huge capacities of the port, which made it one of the most important in the world.

The director of the Port of Antwerp, Kristof Waterschoot, informed the minister about the business results and pointed out the interest of the port in participating in the realization of a project of building a new marina in Belgrade.

“The Port of Belgrade is one of the most important projects whose implementation is being prepared by our ministry and the Government, and which, according to its potential, could become the most important port project on the Danube. The interest of the Port of Antwerp to participate in the realization of this project confirms that we have a quality project, while each investment in water transport is at the same time an investment in environmental protection, because we are talking about the most environmentally friendly mode of transport,” said Momirovic.

The final solution for the new location of the Port of Belgrade is currently being considered, with works expected to begin in late 2023.