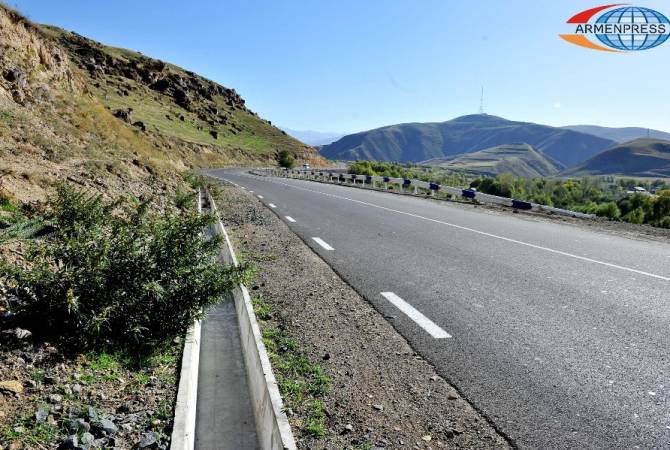 Iranian Minister of Industry, Mine and Trade Reza Fatemi Amin hails his visit to Armenia as constructive, saying Tehran and Yerevan agreed on launching joint ventures, the Embassy of Iran in Armenia said in a news release.

“We have clinched new agreements with Armenian officials on joint production of pharmaceutical products and home appliances based on which the raw materials or parts will be imported to Armenia. The joint products will be made in Armenia and exported to other countries,” Reza Fatemi Amin said on Friday.

He had already announced that the visit to Armenia was aimed at expanding bilateral trade ties via joint investments. “This visit is focused on deepening ties between Iran and Armenia via joint ventures”, said Reza Fatemi-Amin upon arrival in the Armenian capital of Yerevan on Thursday.

Fatemi-Amin also described the meetings with Armenian officials as helpful, saying they would facilitate bilateral trade between the two neighbouring countries. “During the two-day visit we had helpful meetings with Armenian officials aimed at paving the way for the joint activities by Iranian and Armenian companies in trade transit, marketing and sales activities,” said the Iranian Minister of Industry, Trade and Mine.

Dozens of the CEOs of Iranian private companies accompanied the Iranian delegation during the visit to Armenia.

According to Fatemi-Amin, Iran and Armenia also agreed on launching Infrastructure projects in Armenia. “During the meetings with Armenian Minister of Economy Vahan Kerobyan and Minister of Territorial Administration and Infrastructure Gnel Sanosyan and the Armenia deputy PM, we made preliminary agreements on a range of issues such as building dams and roads by Iranian companies in Armenia,” the Iranian Minister of Industry, Mine and Trade said. “We agreed on building a transit road to complete the infrastructure projects in Armenia in the long run. Iranian companies will also participate in the relevant tenders,” he noted.

In its statement the Embassy reminded that Iran has already announced its readiness to cooperate with Armenia in the construction of a new transportation route (Kajaran-Sisian road). The 64-kilometer long route is part of the Iran-Armenia-Georgia Transportation Corridor which comes as part of Iran’s bid to launch the North-South Transport Corridor. The International North-South Transport Corridor is a 7,200 kilometer long multi-mode network of ship, rail, and road routes for moving freight between Iran, India, Afghanistan, Azerbaijan, Russia, Armenia, Central Asia and Europe. It is aimed at boosting trade connectivity among the regional as well as ultra-regional states.

Iranian and Armenian officials also agreed on cutting transit tariffs as part of the joint effort to boost bilateral trade. “Regarding transit of goods, we had two short-term and long-term agreements with Armenia. We agreed to slash tariffs for transit trucks in short term,” Reza Fatemi-Amin said.