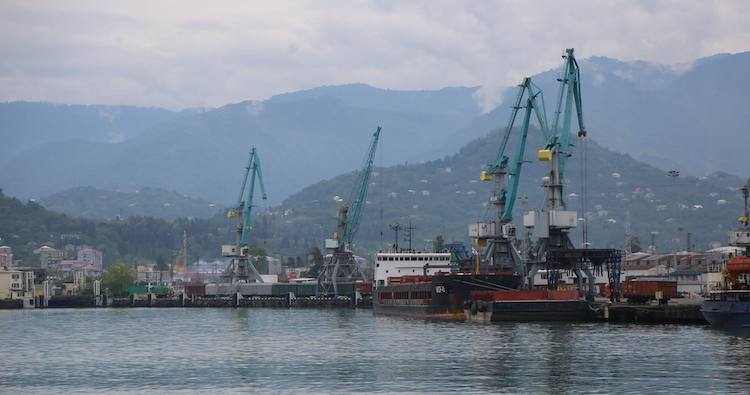 Export and transit cargos from Kazakhstan will be redirected to the Trans-Caspian International Transport Route (TMTM) crossing Azerbaijan, Georgia and Turkey, Kairbek Uskenbayev, the Minister of Industry and Infrastructure Development of Kazakhstan, announced on Tuesday.

The Russian news agency Tass cited Uskenbayev as saying Kazakhstan had reached an agreement with Azerbaijan, Georgia and Turkey to create a joint venture on the route as an integrated transport and logistics company.

In order to develop cargo transportation via TMTM, it is also planned to create a container hub on the basis of the free economic zone seaport of Aktau,” the Kazakh official added.
Due to the war in Ukraine and sanctions imposed against Russia, Kazakhstan has begun working on alternate routes for the transportation of export and transit cargos, along with the authorities’ decision to redirect the freight to Latvian ports.

The TMTM was established in October 2016 to attract transit and foreign trade cargo, as well as develop integrated logistics products via the Trans-Caspian International Transport Route, which runs through China, Kazakhstan, Azerbaijan, Georgia and further to European countries.