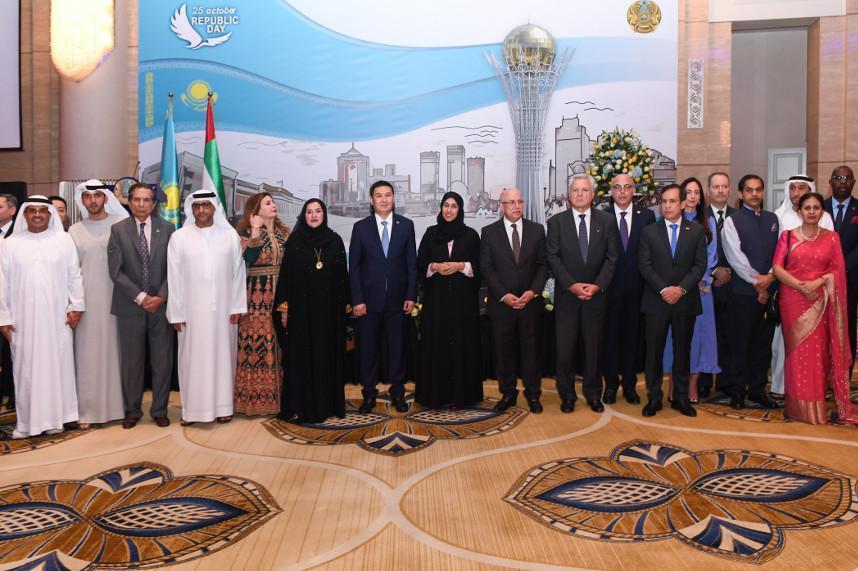 Madyar Menelikov, Ambassador of Kazakhstan to the UAE, said that the UAE is one of Kazakhstan’s main trading partners in the Middle East, and the volume of trade exchange between the two countries during the past year amounted to US$907 million, WAM reports. The announcement came during a ceremony on the occasion of Kazakhstan National Day. During the ceremony – which was attended by Hessa bint Essa Buhumaid, Minister of Community Development – Menelikov stated that Emirati investments in Kazakhstan amounted to about $2.7 billion since the establishment of diplomatic relations. He also noted that the value of Kazakh investments amounted to more than US$1 billion, and the total direct investment flows from the UAE increased by 43%, or $243.4 million. In a speech on this occasion, the ambassador valued the UAE leadership’s interest in strengthening relations between the two countries, pointing out that the 1st of October marks the 30th anniversary of establishing diplomatic relations between the UAE and Kazakhstan. He highlighted the distinguished relations that bind the two countries together. The ambassador stated that the tourism sector is also a promising field of cooperation between Kazakhstan and the UAE, as it is a global tourism centre, pointing out that there are currently 40 direct flights per week in both directions. The ceremony, which was held at the St. Regis Abu Dhabi, was attended by several officials from the Ministry of Foreign Affairs and International Cooperation, members of the Arab and foreign diplomatic corps accredited to the state, and members of the Kazakh community in the country.