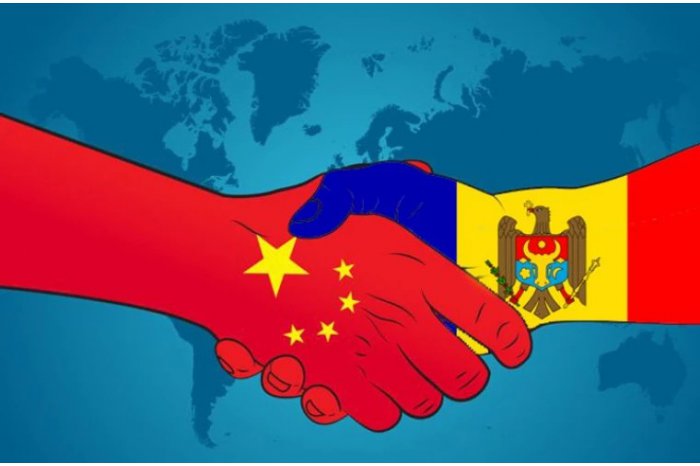 The volume of trade between China and Moldova increased from only 70,000 dollars in the beginning of the establishment of the diplomatic relations, 30 years ago, to 849 million dollars in 2021, witnessing a quick development and China becoming the fourth big commercial partner of Moldova, according to Extraordinary and Plenipotentiary Ambassador of the People’s Republic of China to Moldova Yan Wenbin, who gave an interview exclusively with the MOLDPRES State News Agency.

“China is now one of the principal export markets for the Moldovan wine, appreciated by more and more Chinese consumers. China’ Embassy actively promotes the export of Moldovan wine to China, along with Chinese and Moldovan partners. Not so long ago, at an initiative by the Embassy of China in Moldova, a live broadcasting took place on the Douyin platform, on the promotion and sale of Moldovan wines, with favourable results, ‘’ the ambassador said.

According to the head of the Chinese diplomatic mission, ‘’being the biggest consumption market of the world, China is willing to import also other highly qualitative farming products from Moldova. China approved the entrance on the Chinese market of the edible vegetable oil and peeled walnuts from Moldova. I am quite aware of the fact that, because of the conflict in the region, the Moldovan farming products have temporarily lost some traditional export markets. The Embassy of China and me are working actively to stimulate the access of more and more Moldovan agricultural products to the Chinese market,’’ Yan Wenbin stressed.

The Chinese ambassador also said that, as a good friend and partner, China has always provided, as far as it was possible, support for the social and economic development of Moldova. ‘’ The most recent example represents the photovoltaic power station from Criuleni, constructed with the support of the Chinese government and put into operation in the beginning of this year. This project is of special importance, in the context of the energy crisis in Moldova. Besides, the Moldovan government officially approved the project, Chinese Medicine Centre, the third phase, carried out with the support of China, which will be soon implemented,’’ Yan Wenbin added.