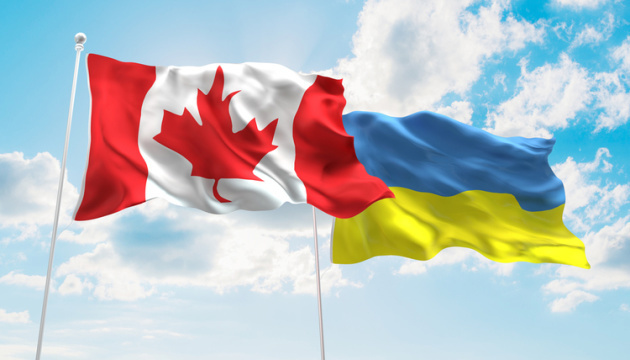 Ukraine and Canada will finalize the expansion of the free trade agreement in the coming weeks.
The decision was made during an online meeting between Yulia Svyrydenko, First Deputy Prime Minister – Minister of Economy of Ukraine, and Mary Ng, Minister of International Trade, Export Promotion, Small Business and Economic Development of Canada, the Telegram channel of Ukraine’s Economy Ministry informs.
During the talks, the officials also discussed several other issues, including:

1. Cooperation in the agricultural sector.

“Canada, like Ukraine, is an important player in the grain market. Therefore, we hope for support in overcoming the food crisis caused by Russia’s deliberate blockade of Ukrainian exports through Black Sea ports in order to cause food shortages in developing countries,” Svyrydenko said.

2. Canada’s reduction of trade tariffs on Ukrainian goods to zero (this decision was recently made by the EU and the United Kingdom).

“This will help exporters to increase exports and thus strengthen the Ukrainian economy and defense capabilities of our country,” Svyrydenko noted.

3. Canada’s possible forms of support for Ukraine at the current stage, as well as during the postwar economic recovery (in particular, the parties touched upon the return of international investors who were forced to leave Ukraine at the beginning of the war or significantly curtailed production).

Read also: Canadian prime minister visits Irpin
In 2021, Ukraine–Canada trade increased by more than 70% and totaled $420.7 million. At the same time, exports of goods from Ukraine to Canada increased eleven-fold.

As reported, Prime Minister of Canada Justin Trudeau visited Irpin during his visit to Ukraine on Sunday.