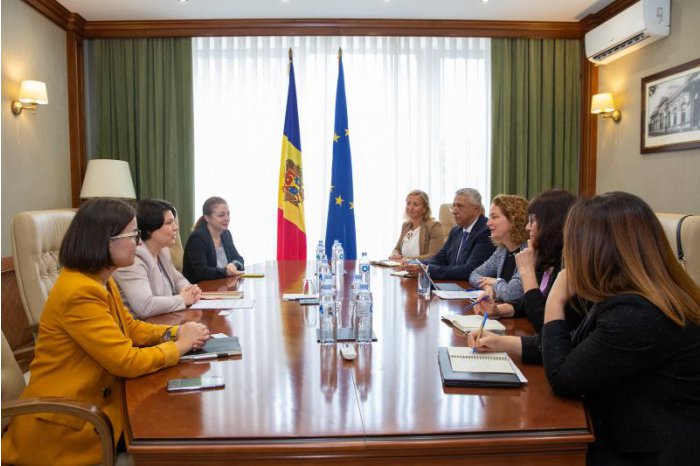 Prime Minister Natalia Gavrilita today met representatives of the International Finance Corporation (IFC) – one of those five international financial institutions, member of the World Bank Group. The discussions were focused on projects underway and new perspectives of developing the cooperation between Moldova and IFC, the government’s communication and protocol department has reported.

The sides referred, in particular, to the results of the study of diagnosing the private sector of Moldova, carried out by the World Bank in the private sector, as well as to the need of increasing the number of private companies from Moldova, which are to make qualitative business and to have as many jobs as possible. At the same time, the participants in the meeting analyzed ways of enforcing the provisions of the law on insolvency.

In discussions, the officials noted that Moldova benefited from consultancy on behalf of the International Finance Corporation within the project, Reform of the investment climate in Moldova, Phase II, with a budget of 3.8 million dollars. The project’s goal is to increase the agricultural exports, through the opening of the European Union’s market for the animal origin products (fowl, eggs, milk and dairy products) and strengthening the export capacities of the horticultural sector.

Presently, the World Bank’s portfolio in Moldova includes 15 active projects. By their carrying out, decision-makers are set to modernize the health sector and the governmental services, enhance the competitiveness of the agro-food sector and improve the local roads. Other projects regard the education’s reform, Moldova’s energy security, security of water and sanitation supply in Moldova, as well as the enhancement of the competitiveness of the micro, small, and medium-sized enterprises.