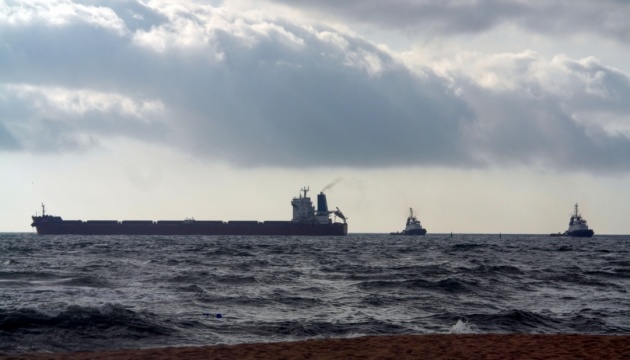 On October 13, 2022, six more vessels loaded with Ukrainian-produced agricultural products left the Odesa region’s ports.
The relevant statement was made by the Ukrainian Infrastructure Ministry on Facebook, an Ukrinform correspondent reports.

According to the ministry, six vessels are carrying 154,000 tonnes of Ukrainian-produced agricultural products for Asian and European countries.

“A total of 7.38 million tonnes of agricultural products have been exported since the first vessel left,” the ministry noted.

Generally, a total of 331 vessels sailed from the Ukrainian ports towards Asian, European and African countries via the so-called ‘grain corridor’.