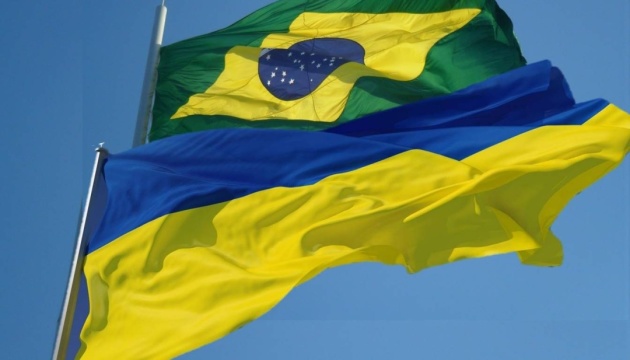 Ukraine and Brazil are interested in expanding bilateral trade through the removal of trade barriers, promoting business development, and implementing projects within the Investment Menu.
“The Ukrainian delegation has already held several meetings with President of Brazil Luiz Inácio Lula da Silva during which the peace formula for the world, outlined by President of Ukraine Volodymyr Zelensky, was presented. The formula contains 10 main points, underpinned by non-violation of Ukraine’s territorial integrity, food and energy security. It is very important for us that the largest country in Latin America – Brazil – takes an interest in the practical implementation of one of the proposed points for achieving peace,” said Yulia Svyrydenko, First Deputy Prime Minister – Minister of Economy of Ukraine, the Ministry’s press service informs.

According to her, the common interest of both countries is the expansion of bilateral trade through the removal of trade barriers, promotion of business development, implementation of projects within the Investment Menu. Ukraine also expects Brazil to join full-scale sanctions against the Russian Federation.