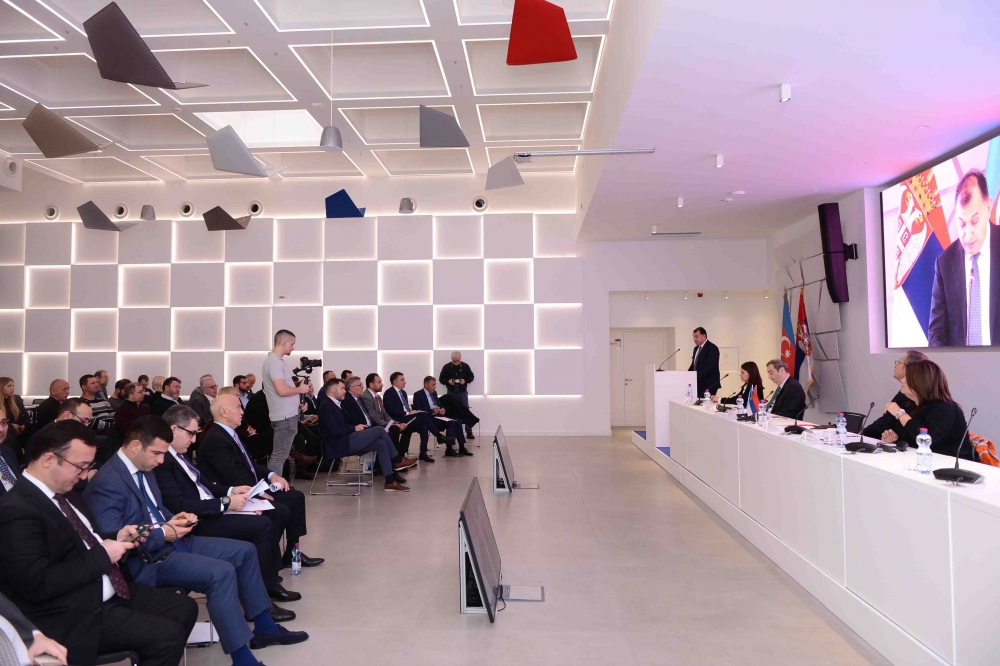 Co-organized by the Chamber of Commerce and Industry of Serbia (CCIS) and the Azerbaijan Export and Investment Promotion Agency (AZPROMO), a Serbia-Azerbaijan business forum has been held in Belgrade, the capital of Serbia.

The event brought together Azerbaijani and Serbian officials, as well as businessmen of both countries working in various sectors of economy.

Addressing the forum, Azerbaijan’s Deputy Minister of Economy Sahib Mammadov highlighted the economic reforms carried out in Azerbaijan, hailing favorable opportunities created for entrepreneurs and investors in the country. He pointed out the potential of expanding relations in agriculture, industry, construction, energy, information technologies and other fields. The deputy minister emphasized that the business forum would contribute to the expansion of economic relations and creation of new opportunities for cooperation.

Advisor to the Minister of Economy of Serbia Mirjana Filipović expressed her country’s interest in expanding relations with Azerbaijan. She spoke about the expansion of economic cooperation between the two countries and invited Azerbaijani companies to actively participate in projects implemented in various fields in Serbia.

Chairman of the Board of Directors of the Alat Free Economic Zone Authority Valeh Alasgarov informed the participants about the work done in the economic zone, logistics possibilities, while Chairman of the Board of the Small and Medium Business Development Agency (KOBIA) Orkhan Mammadov highlighted the activity of the agency, as well as the expansion of cooperation between Azerbaijani and Serbian SMEs. Head of AZPROMO Yusif Abdullayev highlighted the activity of the institution, the favorable business and investment environment created in Azerbaijan.