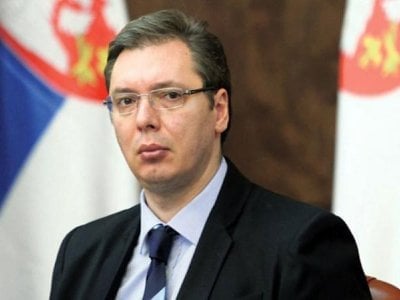 Vucic said Serbia was seeking fuel supplies wherever it could.

“We have to pay the price of the war on European soil,” he said, but added the people would not suffer as the nation’s financial system could cope.

“We will be taking Iraq (oil), … I will try to speak with Venezuela as well. We would take from wherever. We are not squeamish,” Vucic said.

Serbia also plans to purchase natural gas from Azerbaijan in 2023 and has increased the amount of natural gas it holds in storage to the highest level yet.

Serbia also needs to purchase additional coal for its thermal power plants, which provide almost 70% of the country’s electricity.

Vucic said Serbia was seeking to buy around 2 million tons from as far as China and Indonesia and that it had the money to do so.

Serbia’s gross domestic product was expected to grow by around 4% this year, he said.

Inflation, however, is high, largely because of the rise in fuel prices linked to the current situation in Ukraine.