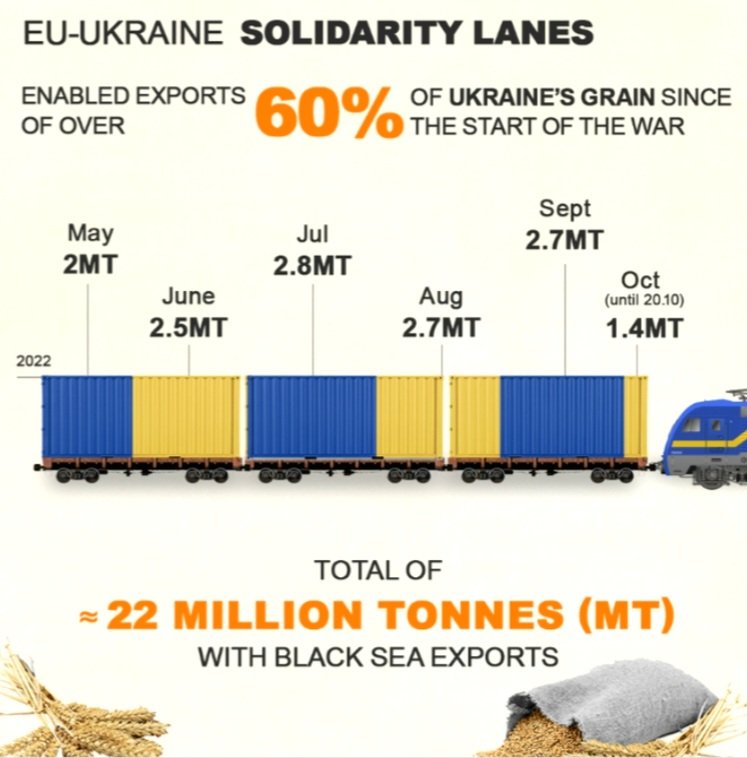 Europe continues to import Ukrainian grain through the land corridor, and Russia should reconsider its decision to withdraw from the “grain agreement”.
“For its part, Europe continues its solidarity lanes across the continent. More than half of the Ukrainian grain crops needed for global food security have managed to leave Ukraine this way,” Catherine Colonna, Minister for Europe and Foreign Affairs of France, posted on Twitter.

The minister also emphasized that Russia should reconsider its decision to withdraw from the “grain agreement”.

“Having suspended participation in the grain agreement, Russia exacerbates the global food crisis caused by its aggression against Ukraine. Russia should reconsider this decision which has grave consequences,” Colonna added.

As reported, Russia announced its withdrawal from the Black Sea Grain Initiative on Saturday in response to a drone attack on Sevastopol Bay, during which warships of the Russian Black Sea Fleet were damaged.