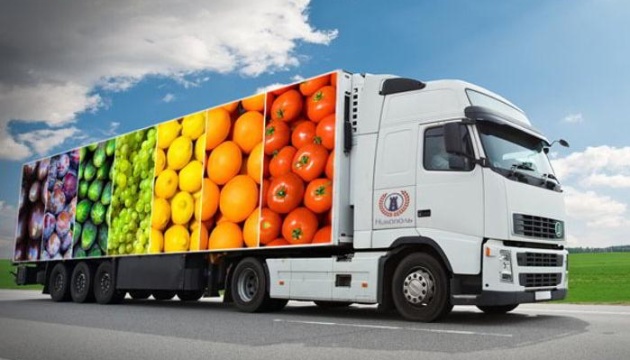 In 2021, exports of Ukrainian agri-food products to the European Union in monetary terms increased by 33% compared to 2020 and reached $8.3 billion.
That’s according to the Ukrainian Club of Agrarian Business (UCAB), Ukrinform reports.

It is noted that the growth is partly due to the increase in the cost of most categories of goods on the world market and partly – due to increased shipments. At the same time, Ukraine has fully used up nine quotas for duty-free exports to the EU for such items as honey, cereals and flour, starch, processed starch, processed tomatoes, grape and apple juices, eggs, poultry (parts), and processed cereals.

“Compared to 2020, the situation has changed regarding the use of quotas on supplies to the EU of sugar and corn, or rather regarding their incomplete use. As for sugar, the 2021 quota was used up by 87% due to the deficit of this type of product in the domestic Ukrainian market. At the same time, the corn quota was ‘covered’ by only 5% due to increased demand for this type of grain in 2021 and the availability of export channels that are more attractive for Ukrainian farmers,” said UCAB analyst Svitlana Lytvyn.

The UCAB notes that some quotas are in high demand and used up very quickly. In particular, this applies to honey, for which the annual quota was used again in early January 2022, as in the previous year. In addition to honey, as of January 18, 2022, the quarterly quota for poultry (parts) and chicken eggs has been fully used, too.

As Ukrinform reported earlier, citing the UCAB data, exports of Ukrainian agri-food products to the European Union in 2020 decreased by 10.8% against 2019. At the same time, Ukraine used up 11 quotas for duty-free exports to the EU for such groups of goods as honey, sugar, cereals and flour, processed starch, processed tomatoes, grape and apple juices, eggs, corn, poultry, processed cereals, and starch.