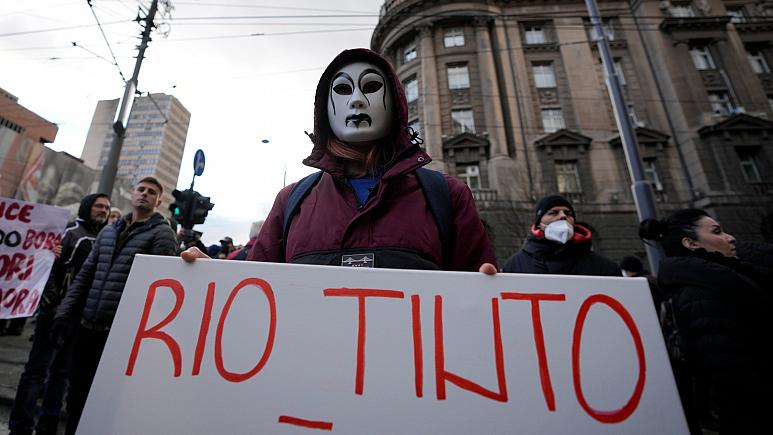 Anglo-Australia mining giant Rio Tinto has announced that it was pushing back the timeline for its €2.1 billion ‘Jadar’ new lithium mine in Serbia by at least a year.

Serbian Prime Minister Ana Brnabić said on Tuesday that the Serbian government would not make any decisions without consulting the local communities first.

“At this moment, the ‘Jadar’ project is truly finished for me. I will talk to everyone I have to, I really don’t have a single problem with it. I have talked with Rio Tinto a few times, everything was always transparent,” she explained.

Regarding the exploitation, Brnabić had previously said on the occasion of the beginning of the “EU for the Green Agenda in Serbia” project that it was necessary to see what impact on the environment the operation could have.

She said she did not want to tackle the issue of Rio Tinto’s expectations but that she was there to “protect the wishes and interests of the citizens of Serbia.”

“When they finished the previous feasibility study in 2020, I was in Loznica, holding a news conference. I didn’t get a single question about the environment, no negative comments about Rio Tinto. Now I hear that, and we will adopt it,” Brnabić went on, adding, “we’ll see how it goes”.

The head of the European Union Delegation to Serbia, Emanuele Giaofret, reiterated the EU stand that the “Jadar Project” could be an opportunity for socio-economic development, but provided that it is implemented taking into account the highest standards of environmental protection.

Meanwhile, the postponement of the project comes as a victory for the crowds of protesters that have been blocking roads in Serbia every weekend since November.

Many fear the mining project would inflict long last ecological damage to rivers and farmland in the region.

Activists have pledged to press on until the mining company leaves Serbia.