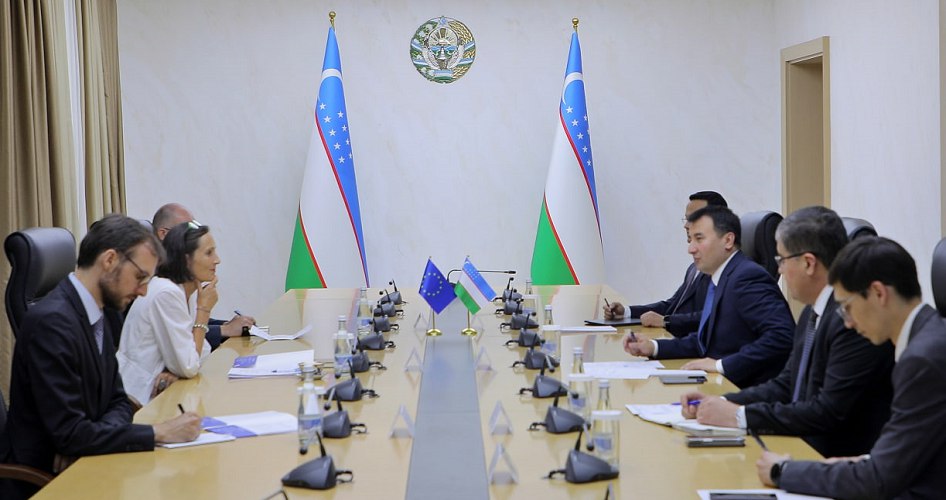 At the meeting, the current state and prospects for the development of trade, economic, financial and technical cooperation, as well as interaction within the framework of Uzbekistan’s entry into the World Trade Organization were discussed.

In particular, in the period from January to July 2022, the trade turnover between Uzbekistan and the EU member states increased by 15% and amounted to $2.4 billion, which became possible thanks to Uzbekistan obtaining the status of a GSP+ beneficiary. The parties expressed mutual readiness to maintain and extend these relations.

The sides voiced confidence that the Enhanced Partnership and Cooperation Agreement between Uzbekistan and the EU will give a new impetus to further expand bilateral relations and improve economic development by attracting European investment and experience in such areas as technical regulation, sanitary and phytosanitary measures, protection of intellectual property rights, customs regulation and more.

The course of interaction within the framework of Uzbekistan’s accession to the WTO was also discussed at the meeting. The European side expressed its commitment to continue providing technical and advisory support in this process.

The parties discussed the new Indicative EU Partnership Program with Uzbekistan for 2021-2024. In this context, it was proposed to supplement the program with projects and initiatives in the field of modernization of agriculture and water management, economic development with a special focus on digital and green transformations and measures to transform the Aral Sea region into a zone of environmental innovation and technology.

Following the meeting, the sides reached an agreement to continue cooperation within the framework of the discussed initiatives and organize bilateral events at various levels in the near future.