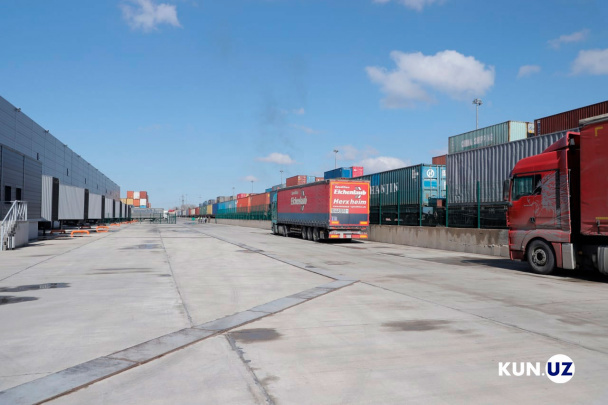 The trade turnover between Uzbekistan and Japan has grown over 30 years by more than 230 times – from $730 thousand in 1992 to almost $170 million last year.

Photo: Kun.uz
This information was announced during a briefing held at the MFA on the occasion of the upcoming visit to our country on April 29-30 by Japanese Foreign Minister Yoshimasa Hayashi.

This is the first visit of the head of the Japanese Foreign Ministry to Uzbekistan over the past 12 years.

During the stay of the Japanese foreign minister in Tashkent, negotiations are planned with the leadership of the ministries of foreign affairs, investments and foreign trade, visits to the University of World Economy and Diplomacy, as well as historical sights of the city of Tashkent.

The visit of the Japanese FM is timed to coincide with the 30th anniversary of the establishment of diplomatic relations between the two countries. On the occasion of this significant date, President of Uzbekistan Shavkat Mirziyoyev and PM of Japan Fumio Kishida exchanged congratulatory messages.

During the briefing, it was noted that due to concessional loans and grant assistance from the Government of Japan, a number of projects worth more than $7 billion have been implemented in the fields of energy, chemistry, petrochemistry, infrastructure, agriculture and water management, healthcare and education.

“We prioritize promoting long-term relations with Japan in the areas of politics, economy, energy, infrastructure, innovation, healthcare, science, education and culture. We cherish the contribution of interned Japanese citizens to the construction of numerous facilities in our country. The State Academic Bolshoy Theater named after Alisher Navoi, built with their participation, serves as a kind of symbol of friendship between our countries. We express hope that the forthcoming visit of the Minister of Foreign Affairs of Japan will give another new impetus to the political dialogue and cooperation between Uzbekistan and Japan, which undoubtedly has great potential,” Yusup Kabuljanov, spokesman for the Foreign Ministry, said.