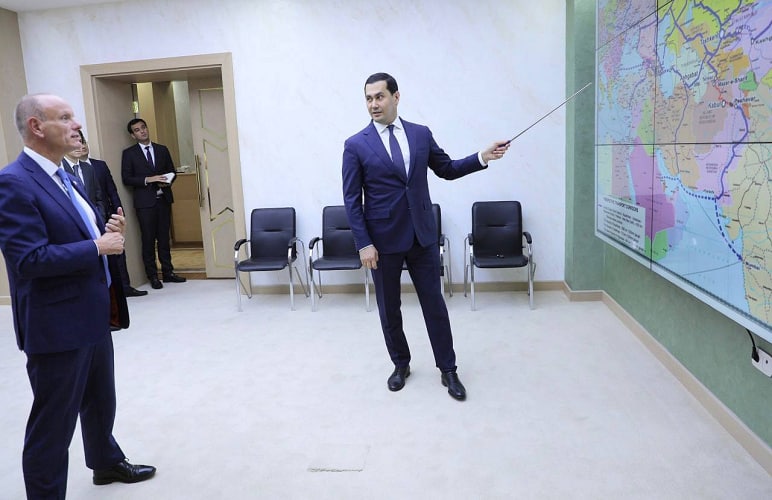 According to the Ministry of Investment and Foreign Trade (MIFT), the British delegation also included representatives of the London Stock Exchange and the financial corporations “Standard Chartered” and “TheCityUk”.

During the meeting, the current state and prospects for deepening the Uzbek-British partnership in the field of investment, trade and industry were discussed.

The parties noted with satisfaction the positive trends in the development of mutual trade: in 2021, the volume of trade between the two countries increased by 65%, while exports from Uzbekistan to the UK increased by 2.5 times. In many respects, this was facilitated by Uzbekistan’s obtaining the status of a beneficiary of the Great Britain’s Enhanced Generalized System of Preferences scheme (“GSP Enhanced Framework”). The positive dynamics in bilateral trade continues in 2022: between January and April, trade increased by 68% compared to the same indicator last year, while Uzbek exports to the United Kingdom increased by 2.6 times.

An agreement was reached on the development of joint measures to attract British investors to the creation of joint export-oriented industries in Uzbekistan, as well as the organization of trainings and workshops for Uzbek manufacturers and exporters on the effective use of the preferences of the GSP Enhanced Framework system.

The prospects for intensifying investment cooperation were also discussed. It was emphasized that over the past few years, the number of British enterprises operating in Uzbekistan has increased by 40%. The prospects for cooperation in the framework of attracting new British companies to implement projects in the field of processing agricultural products, animal husbandry, biopharmaceuticals, the textile industry, information and communication technologies and green energy were discussed.

In this context, the parties agreed to intensify work on the preparation of the 26th Uzbek-British Trade and Industry Council (UBTIC), which will be held in October this year in Tashkent. The event will strengthen ties between the business circles of the two countries, identify new “growth points” for economic partnership and attract British investment and technology to promising sectors of the economy of Uzbekistan.

Following the meeting, the format of further interaction within the framework of each of the considered areas of cooperation was determined.