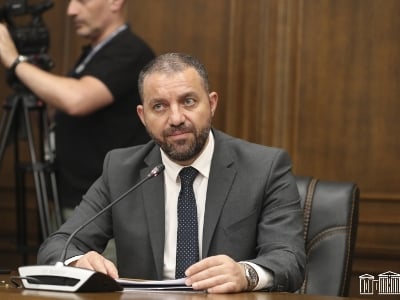 Exports from Armenia to the other Eurasian Economic Union (EEU) member countries in the first eight months of the current year have amounted to $1.1 billion, increasing two times compared to the same period last year. Minister of Economy Vahan Kerobyan stated this in the National Assembly (NA), at Thursday’s joint session of NA standing committees, during the latter’s debates on the draft 2023 state budget of Armenia.

In the first eight months of this year, Armenia’s trade with the other EEU countries amounted to about $2.778 billion, increasing by 74.1 percent compared to the same period in 2021, Kerobyan added.

At the same time, Armenia’s imports from the other EEU member states totaled $1.67 billion, increasing by 58.7 percent compared to the same period last year, the economy minister noted.