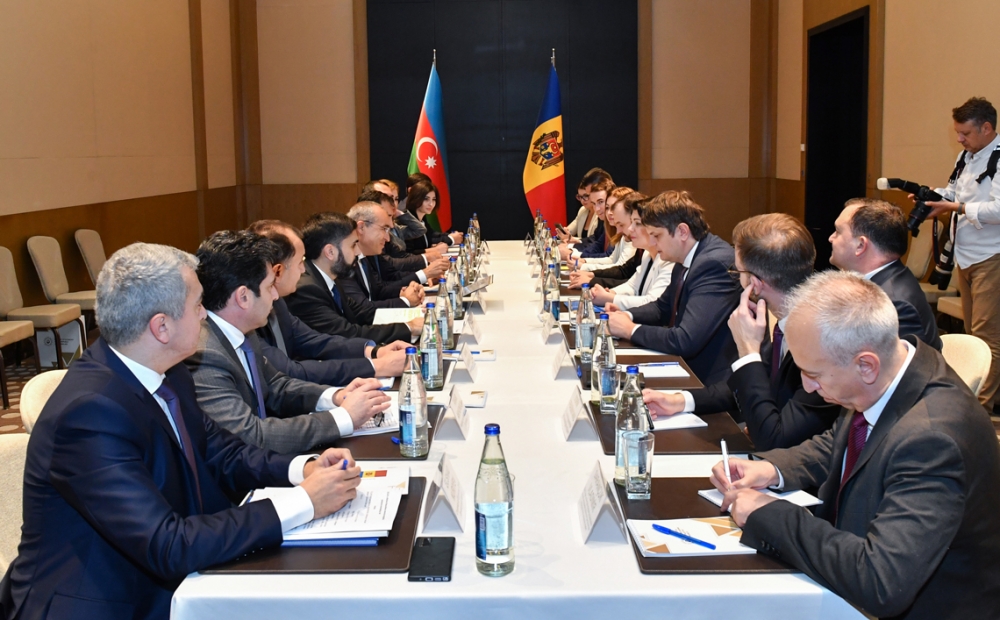 Azerbaijan’s Minister of Economy Mikayil Jabbarov has met with Prime Minister of Moldova Natalia Gavrilita to discuss prospects for expanding economic partnership between the two countries.

Minister Mikayil Jabbarov emphasized that Azerbaijan attaches great importance to relations with Moldova, adding that there is a potential for strengthening economic and trade cooperation.

He also noted that there are great opportunities for expanding relations between the two countries in investment, trade, industry, agriculture and other fields.

The Minister of Economy drew the Moldovan PM’s attention to the work done on promotion of the investment activities in Azerbaijan and invited Moldovan companies to active cooperation.

Moldovan Prime Minister stressed the importance of discussions on the expansion of economic relations and highlighted the directions of partnership development.

The sides also exchanged views on expansion of economic and trade cooperation.