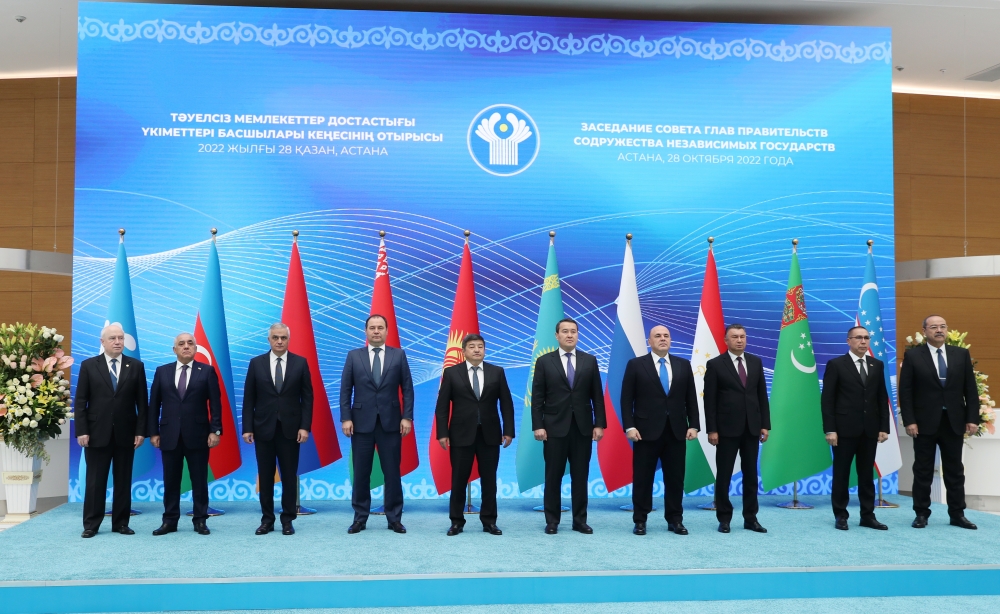 A meeting of the CIS Council of the Heads of Government has today been held in Astana, Kazakhstan. Prime Minister of the Republic of Azerbaijani Ali Asadov attended the meeting.

Prior to the meeting, Prime Minister Ali Asadov and other members of the CIS Council of the Heads of Government met with President of Kazakhstan Kassym-Jomart Tokayev.

Addressing the meeting, PM Asadov noted that in the context of global social and economic challenges and the need to overcome their negative consequences, Azerbaijan attaches great importance to mutually beneficial partnership within the CIS and the continuation of productive close contacts at the government level.

The Azerbaijani Premier said that the CIS has proven its worth as a useful format for interaction in many areas over the past years.

Asadov brought to the attention that Azerbaijan is actively participating in economic cooperation within the CIS.

“Azerbaijan enjoys close economic ties with almost all countries members. It’s gratifying that as the COVID-19 pandemic weakens, Azerbaijan records increase of its foreign trade with the CIS member states. Thus, the trade turnover increased by 30 percent this year.”

Ali Asadov stressed the importance of cooperation in the transport sector. He said that Azerbaijan pays special attention to transport field as an intensively developing and promising segment of the national economy.

“The country is actively developing its transport potential, making a significant contribution to the implementation of such projects as North-South, East-West, the Trans-Caspian International Transport Route.”

The Azerbaijani PM noted that the new reality that has emerged in the region after the second Karabakh war has a positive effect on building up economic and transport cooperation.

“The end of Karabakh conflict created new opportunities to achieve long-term peace and stability through the restoration of economic and communication ties, which will contribute to the expansion of economic cooperation, including between the CIS countries,” the Premier emphasized.

Asadov once again reaffirmed the commitment of Azerbaijan to trilateral statements of November 9-10, 2020 and January 11, 2021, as well as the work of the trilateral Working Group on unblocking regional transport communications and the Commission on the delimitation and demarcation of the state border between Azerbaijan and Armenia.

He brought to the attention the fact that the attractiveness of the region will significantly grow after the opening of Zangazur corridor, which will increase transit opportunities by several times and serve to strengthen the investment climate as a whole.

“Azerbaijan allocated about $3 billion on restoration of its liberated territories in 2021-2022, and active work is being carried out to return internally displaced persons to their native lands,” PM Asadov added.