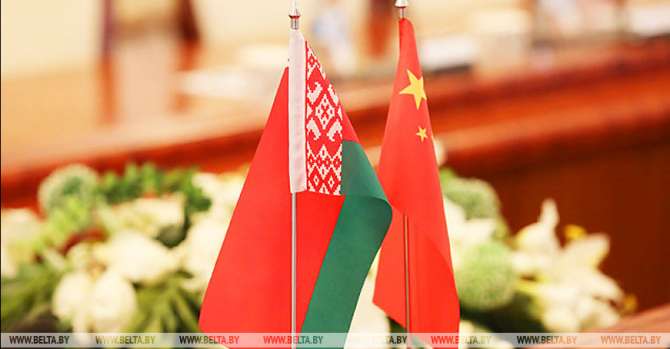 China has become one of the biggest trading and investment partners for Belarus, President Aleksandr Lukashenko said as he was delivering the annual Address to Belarusian People and the National Assembly on 28 January, BelTA has learned.

“Earlier, the government and the Ministry of Foreign Affairs were instructed to review Belarus’ priorities and upgrade relations with those regions of the world that have great potential and mutual interest. Friendship with China is the most important element of our cooperation with Asian countries. In January we marked a significant milestone – the 30th anniversary of the establishment of diplomatic relations with China,” Aleksandr Lukashenko said.

The president recalled that at the end of 2021 he adopted the directive to deepen strategic cooperation with China across a wide range of areas. There are plans to implement several dozen projects in politics, economy, education, science and technology.

“China has become one of the most important trading and investment partners of Belarus. I will cite just a few figures: the annual trade already exceeds $5.5 billion, 23 investment projects worth billions of dollars have been implemented. By 2025, the export of Belarusian goods to China will approach $3 billion,” the head of state said.

The Great Stone industrial park, the hallmark Belarusian-Chinese project, will continue to grow. “Despite all the difficulties of 2021, twenty companies from six countries became residents of the park. The volume of investments amounted to millions of dollars. Some companies create absolutely new competencies and opportunities for Belarus,” Aleksandr Lukashenko said.

According to the president, Belarus is also set to strengthen political and economic ties with other Asian countries: India, Pakistan, and Vietnam. Plans are in place to intensify work with Indonesia, Malaysia, and Thailand. “Will these sanctions be able to stop us? Never. We just need to export a bit more. Billions of people live in these countries. Our products are in demand there. We should keep going, increase output and, most importantly, improve the quality of our products,” the head of state emphasized.

Belarus has been developing relations with the countries of the Middle East, African states, Latin America, making an emphasis on effective economic diplomacy.

“We are interested in developing comprehensive cooperation with Turkey as the most important regional center of power. To its credit, Turkey, a NATO member, is acting decently. They keep their promises,” Aleksandr Lukashenko said.