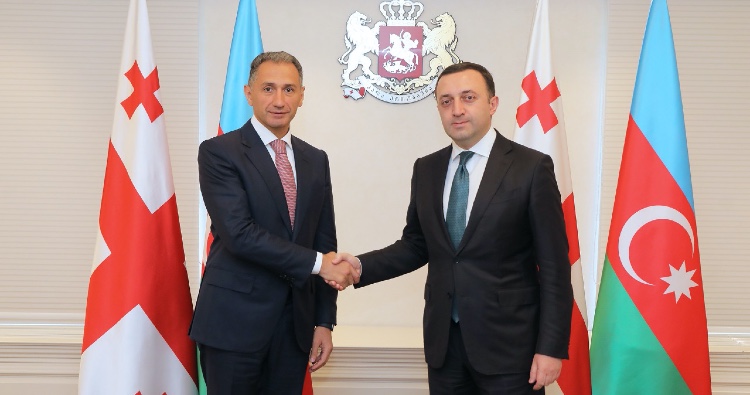 Deepening bilateral cooperation was the subject discussed on Wednesday in a meeting involving the Georgian Prime Minister Irakli Garibashvili and Rashad Nabiyev, the Minister of Digital Development and Transport of Azerbaijan.

The parties discussed economic cooperation in the format of a joint intergovernmental commission, the Government Administration said, while also noting the development of joint efforts in the fields of transport, trade and information technologies.

Garibashvili emphasised one of the priorities of his Government was to strengthen the country’s transit function and establish it as a regional logistics hub.

The two officials also discussed implemented and ongoing infrastructural projects of regional importance, aimed at developing the transit corridor function of Georgia – including the Baku-Tbilisi-Kars railway line, modernisation of the Georgian railway network and the East-West Highway construction in the country.

Garibashvili and Nabiyev also noted Azerbaijan’s position among the top five trade partners of Georgia over the recent years.