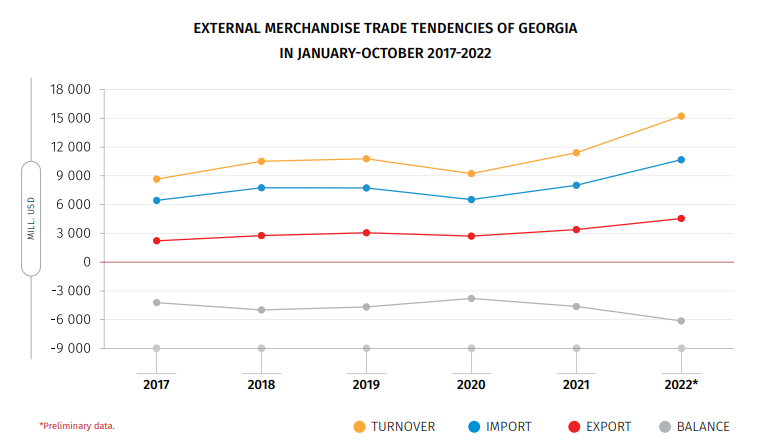 Georgia’s foreign trade turnover of goods amounted to USD 15.2 billion between January-October 2022 – a 33.5% increase as compared to the same period last year, according to the preliminary estimates released by the National Statistics Office (Geostat) on November 14. 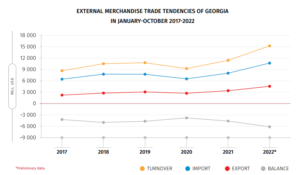