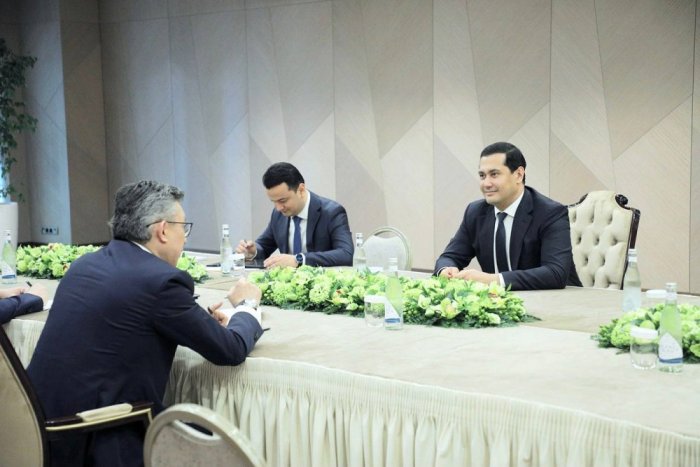 The participants discussed the prospects for promoting bilateral cooperation in key areas, including in the context of the implementation of the agreements reached during the last year’s visit of the President of Uzbekistan to Kazakhstan.

The main areas of further Uzbekistan-Kazakhstan partnerships include trade, investment, transport and industry.

The interlocutors agreed to create joint wholesale distribution centres in the territories of the two states as part of the roadmap to boost trade cooperation.

Sardor Umurzakov and his Kazakh counterpart also considered a number of joint projects and agreed on further cooperation to promptly resolve all issues related to trade and economic cooperation between Uzbekistan and Kazakhstan.