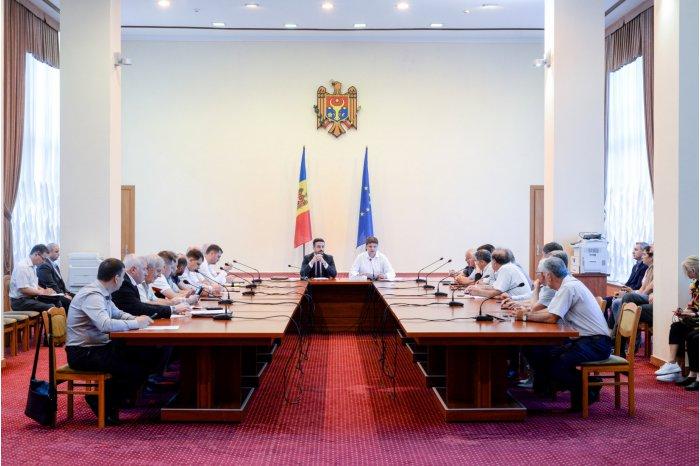 Deputy Prime Minister Andrei Spinu, Minister of Infrastructure and Regional Development met yesterday with several freight operators to discuss the flow of traffic at border crossings, the liberalization of road freight transport with the European Union, and the price of road transport permits.

According to the institution, in order to reduce the waiting time for freight trucks at border crossing points, the Ministry of Infrastructure and Regional Development (MIDR) together with the relevant authorities has taken rapid measures to streamline traffic and unblock the situation at customs.

“Thus, the following measures have been taken: A joint group has been set up to coordinate the actions of the Moldovan and Romanian authorities at border crossing points in order to reduce waiting times for lorries; the first customs point of the Moldovan-Romanian joint team is the Leușeni-Albița border crossing point; The customs control is operationalized on the Romanian side, by equipping it with several electronic document processing devices; the flows of goods are organized according to the load. For example, for empty trucks, it is allowed to cross in transit through low-capacity crossing points “, indicates MIDR.

The number of customs workers has also been increased, in order to increase the processing rate and make the customs activity more efficient; the work schedule between the control teams from the Republic of Moldova and Romania is synchronized; the phytosanitary and sanitary-veterinary authorities in Romania operate on a 24/7 basis; the status of the functionality of scanners, scales and other truck scanning and checking technologies is checked and presented at each border crossing point.

Another topic that was addressed by the participants during the meeting was the liberalization of bilateral freight and transit services between EU member states and the Republic of Moldova. Andrei Spinu said that MIDR is currently in the process of negotiating the conclusion of an Agreement between our country and the EU. According to the commitments, the Agreement will enter into force provisionally from the time it is signed. It is expected to be signed at the end of June.