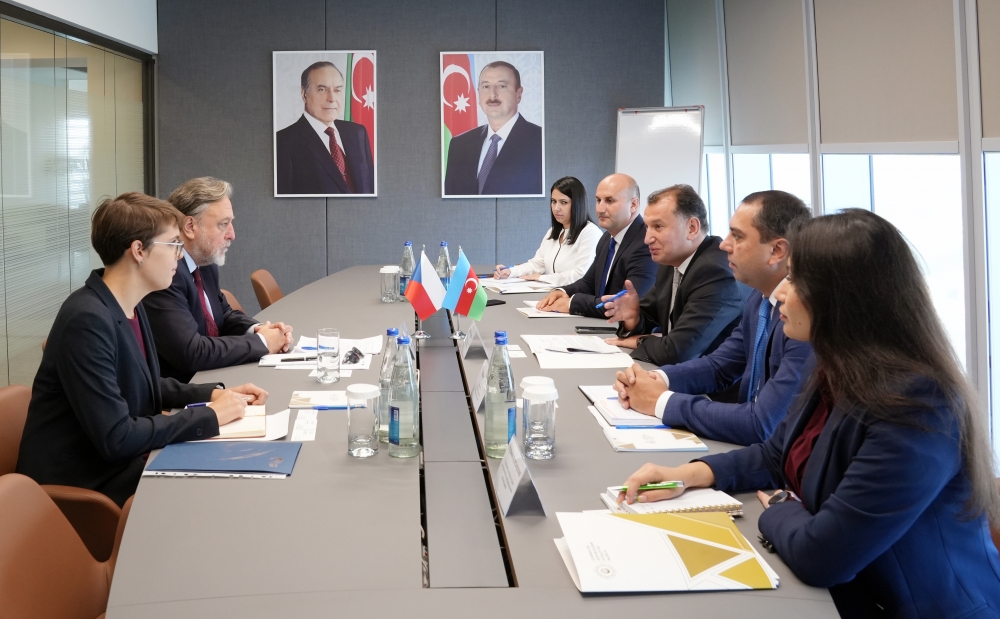 Highlighting the potential for strengthening the economic and trade partnership, Mammadov described the Azerbaijan-Czech Joint Commission as a useful platform in this regard.

He also stressed that there are wide opportunities for expanding cooperation between the countries in the fields of investment, trade, industry, innovation, transport-transit and tourism. Deputy Minister Mammadov stressed the possibilities to cooperate with Czech companies in the “Smart City” and “Smart Village” projects.

The meeting highlighted the favorable business and investment environment created in Azerbaijan, as well as the restoration and construction work carried out in the territories liberated from occupation. Sahib Mammadov also invited Czech companies to actively cooperate with their Azerbaijani counterparts.

Ambassador Milan Sedláček hailed the beneficial cooperation between Azerbaijan and the Czech Republic and shared his views on the directions of expanding relations.

The meeting also focused on the development of economic-trade cooperation and partnership in investment projects.