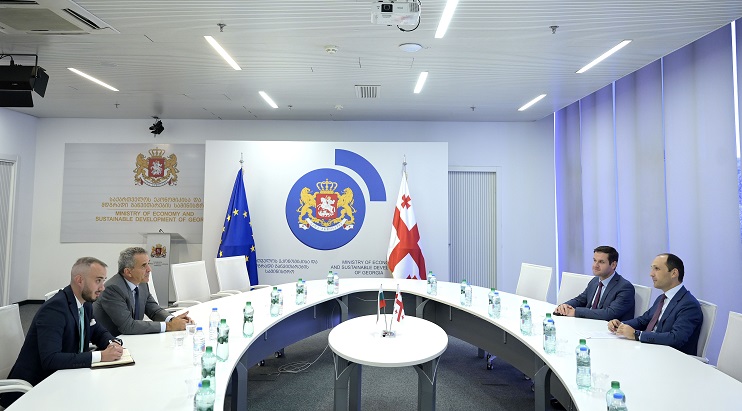 Economic relations between Georgia and Bulgaria were discussed at a meeting involving the Georgian Economy Minister Levan Davitashvili and Vesselin Valkanov, Bulgaria’s new Ambassador to Georgia on Thursday, the Economy Ministry said.

The two officials discussed “priority areas” including bilateral trade, transport and communications, with Bulgaria’s “unwavering support” for Georgia’s integration into European and Euro-Atlantic structures underlined alongside the role of the country in ratifying the 2014 Association Agreement between the European Union and Georgia.

The “fruitful cooperation” between the two states in combating the Covid-19 pandemic was also emphasised, the state body said.

Bulgaria becoming one of the top 10 trade partners of Georgia last year, and the continuation of the trend in 2022 was also noted, along with the 63 percent increase in trade turnover and 85 percent growth in exports, said the Ministry.

“According to this data, Bulgaria is the fourth country in a row, where Georgia exported the most”, said the Ministry.

Operation of 140 companies with Bulgarian capital in Georgia was highlighted by the sides in their discussions, with the Georgian official saying his Government welcomed the development of cooperation between the businesses of the two countries and attraction of investments from Bulgaria.

At the meeting, land and sea transport were named as other priority directions with a “great potential” for cooperation, with the officials also pointing out the role of Bulgaria as an “important partner country” in terms of connectivity.