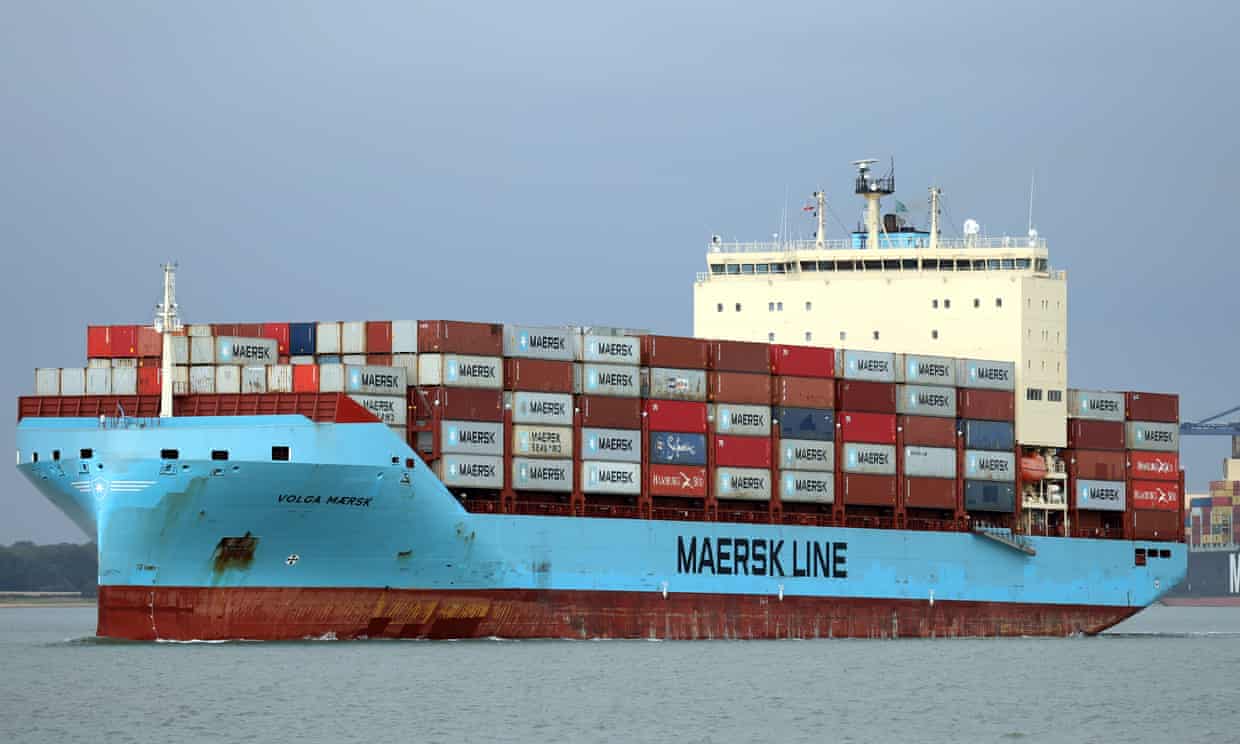 Like many companies, Pickering’s Gin have faced supply chain disruption and rising prices during the pandemic

The low point for Matt Gammell, co-founder of Pickering’s Gin, came last spring when he got down to his last pallet of glass bottles.

A longstanding order with a European glass maker was cancelled at short notice, and the Edinburgh-based spirit maker feared it might have to stop production.

After ringing around many different suppliers, Gammell managed to find enough bottles. He bought up the lot, exhausting most of the company’s dwindling cash reserves in the process.

“It’s your brand DNA, it’s in a specific bottle, the label is designed to fit. You can’t just grab another bottle, it’s not how it works,” Gammell said. “It was exceptionally challenging.”

Pickering’s Gin imports some of the glass bottles in which it sells some of its gins from China, and has suffered during Covid, paying elevated costs and dealing with unreliable shipments. Shipments from China that used to take on average 36 days have sometimes taken almost double that to arrive.

The travails of Pickering’s Gin exemplify the difficulties faced by many smaller companies struggling to keep trading during Covid, buffeted by headwinds including product shortages, supply chain disruption, rising costs and lockdowns.

And their struggles have shone a light on one critical link in supply chains that was at times stretched to breaking point: the shipping industry. Despite recent falls in cargo shipping prices, the world’s largest shipping companies have been reporting extraordinary rises in annual profits in recent months. Logistics analysts are forecasting that average shipping costs could reach levels never seen before, while disruption to international shipping will continue.

Businesses have been warning for some time of the impact of the surging cost of moving goods. MakeUK, which represents the manufacturing industry, and the British Chambers of Commerce, wrote last autumn to the UK’s competition watchdog, the Competition and Markets Authority (CMA), asking it to look into the world’s biggest shipping companies and whether soaring costs could be justified.

The CMA told the groups it would monitor the situation, but informed them it was not able to address the price rises unilaterally, because shipping costs were “the product of multiple factors, often international in nature”.

The complaint from the business groups came as shipping industry analysts forecast that the biggest global shipping firms would make extraordinary profits in 2021.

Søren Skou, Maersk’s chief executive, said it had enjoyed “record-high growth and profitability” as a result of “exceptional market conditions”. However, the company said it had “spent tremendous efforts in mitigating bottlenecks” by increasing its capacity, and working to improve productivity.

The average cost of shipping a 40-ft container from Asia to northern Europe has remained elevated since last summer, and currently stands at $14,483, according to Freightos, an online marketplace that tracks freight shipping prices, which is about 10 times higher than 2019 levels.

Cargo shipping prices had retreated since late September, when companies rushed to move goods ahead of Black Friday and the Christmas trading period, but have been on the rise again in recent weeks.

Mercury is loaded before departure from Felixstowe port, England
Cost of shipping goods to UK soars amid Covid pandemic
Read more
Smaller businesses believe they are often the hardest hit by higher freight costs and shipping disruption. MakeUK warned prices are becoming unmanageable for some manufacturers.

“While the pot may not be at the boiling point it has been over the last year, logistics costs remain a big part of the high cost temperature that businesses face,” said Verity Davidge, director of policy at MakeUK, adding it was difficult to predict when the costs and disruption would be resolved.

At the time of its complaint to the CMA, the UK Chamber of Shipping said higher prices were caused by higher demand for goods, and said container lines had been responding with more capacity. Hapag-Lloyd said that its costs – including fuel, chartering vessels and storage – have risen tremendously. The company added that the shipping industry has not been able to cover its capital costs over the past 10 to 15 years.

Pickering’s Gin produces several hundred thousand bottles of gin each year, but Gammell said that unlike larger companies, it does not have fixed price agreements in its supply chain.

“We are at the bottom of the pecking order,” said Gammell. “We can’t commit to enormous volumes; we don’t have that buying power.”

Even as container shipping companies reap the rewards of higher prices, disruption is set to continue.

Delays to cargo shipments are likely to run well into 2022, according to logistics and supply chain analysts project44, amid China’s “zero-Covid” strategy, which has led to repeated port closures.

The Covid lockdown in the Chinese province of Zhejiang in December sparked restrictions on the number of trucks allowed to enter the port of Ningbo – the third busiest in China – slowing port operations.

As a result, the average shipping delay for vessels travelling from China to Europe jumped to six days in December, project44 found, in the face of high demand.

Shipping companies are still being forced to cancel sailings, and vessels are stuck at congested ports in Asia, Europe, the Middle East and the US, causing a ripple effect down supply chains, project44 said.

“We are making decisions on what to do this year. Having visibility on the future is really difficult,” said Laura Rudoe, the founder of an organic skincare company, Evolve Beauty.

While the company tries to source its raw materials and packaging close to its Hertfordshire base, Rudoe said some parts – such as spray pump components for its bottles – are not produced in the UK or Europe.

“We have to place the order now, and the shipping cost will happen in the summer,” Rudoe said, adding that packaging for Evolve’s Christmas range has be ordered months in advance.

“It is really uncertain for us, we don’t know what to expect and it is hard to make a decision.”