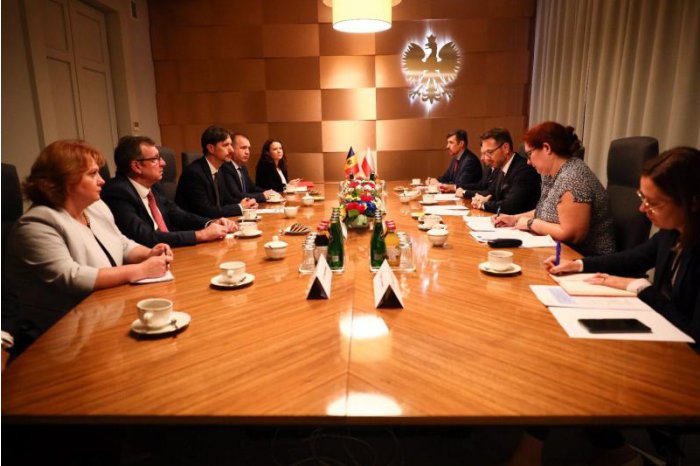 Several messages of support and openness in providing economic support for Moldova were announced yesterday at a meeting between Minister of Economy Sergiu Gaibu and Polish counterpart Waldemar Buda.

The two officials discussed the challenges of the period, accentuated by the refugee crisis, the energy crisis etc. “The last period has been extremely difficult and challenging for each of us, leaving its mark on economic and social life around the world. Only by strengthening the effort and diversifying the fields of cooperation we will be able to overcome the economic crisis. We would like to send a message of thanks for the financial support granted by the Government of Poland worth 20 million euros for the management of the refugee crisis and budget support”, said Gaibu.

Minister of Economy and Technologies from Poland came with messages of support and openness in offering economic support for our country.

The sides agreed that there is untapped trade and investment potential in both countries, stressing the need to take measures to create favorable conditions for trade and investment in the two markets and to reduce barriers to mutual cooperation. The organization of trade missions, business forums, fairs, exhibitions and workshops to support and develop bilateral cooperation between Polish and Moldovan entrepreneurs was also discussed.

Gaibu is on a working visit to Poland, to attend the sixth meeting of the Moldovan-Polish intergovernmental commission on economic cooperation, held in Warsaw on 12-14 September.