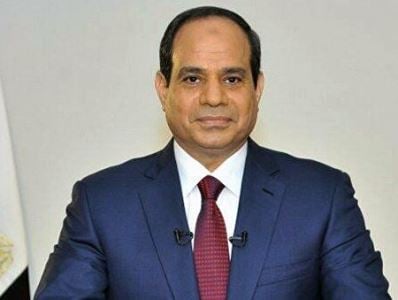 Egypt and Serbia on Wednesday agreed to expand political, economic and other cooperation as the two countries seek ways to deal with the global consequences of the situation around Ukraine, AP reported.

Egyptian President Abdel-Fattah el-Sisi was in Serbia for a three-day visit this week. This is the first visit by an Egyptian president in more than three decades. Serbian President Aleksandar Vucic, said the visit was “historic.”

The two leaders signed a declaration on partnership, Vucic awarded El Sisi a state award and announced plans to sign a free trade agreement by the end of the year. A business forum was held at which officials signed a number of deals focusing on areas of cooperation.

Vucic said Serbia will export grain, mostly wheat, to Egypt, which has been hit hard by rising prices caused by the conflict in Ukraine. Egypt is one of the world’s largest importers of wheat, much of which comes from blockaded Ukrainian ports.

Serbia, a candidate country for European Union membership, has refused to join Western sanctions against Russia and has maintained friendly relations with Moscow despite the situation.

El-Sisi and Vucic at their press conference also recalled the decades-long ties between Belgrade and Cairo as founding members of the Non-Aligned Movement, which brought together countries that were not part of opposing blocs during the split of the Cold War.