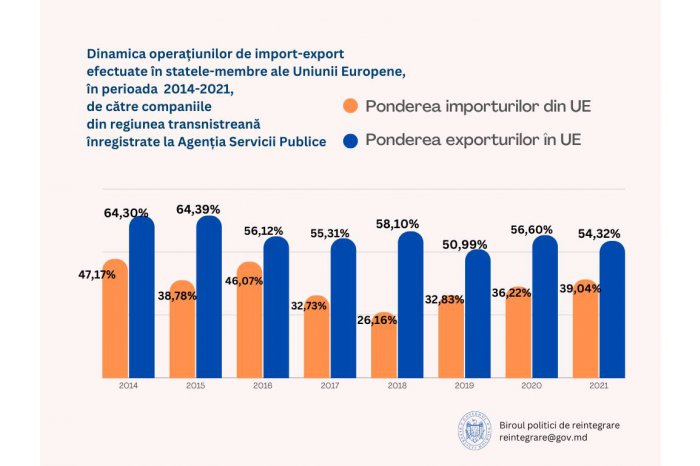 The level of exports made by companies from the Transnistrian region to the European Union’s area stood at over 57 per cent, on average, during 2014-2021.

According to the Reintegration Policies Bureau, the European Union’s area is the most attractive and active destination of the commercial and economic transactions carried out by companies from the Transnistrian region, which are registered at the Public Services Agency and have licence and permissive acts issued by Moldova’s competent authorities.

„Despite the percentage fluctuations each year, EU remains, in continuation, the principal destination of the goods produced/imported into the eastern districts of Moldova, which highlights the increased interest of the region’s economic agents in having business relations with EU and to act according to the rigours of the national normative framework,’’ reads a press release of the Reintegration Policies Bureau.